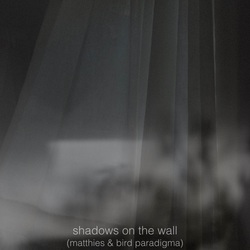 Collaboration work between Wilhelm Matthies and Bird Paradigma. It's mostly based on improvisation and use of instrument made by Wilhelm. Published as digital release by Petroglyph Music. 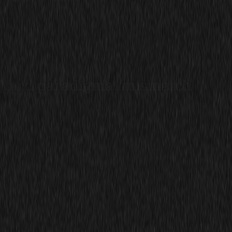 Mismatch concept was a spontaneous opposing reaction to the idea of closeness. The sonic work, in its experimental vein, has an expressive condition, existing on its own in a constant openness towards the listener. It’s in that sense of natural displacement and natural rejection of disharmony and accident that Mismatch was born. 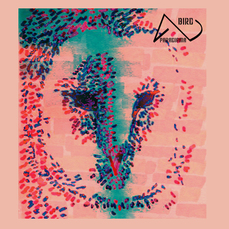 «I hear "noise" as music if I want to hear the sounds. If I do not want to hear the sounds, it is noise, whatever the source, whatever the time...
I ask myself, can I stretch my idea of sounds and music to appreciate what is before me?
Tracks/short views:
Requiem for an Archivist II
Using a simple synthesizer, Sara Santos, aka, Bird Paradigma creates a textured wash of bits in degrees of smoothness, often at high speed. Most of the album is like this.
Mutation
Now, kick into high gear, scrape, squeal, shift into a high speed, car, waterfall, airplane, rapid thought, mutate, mutate!
Putrid brain cells (live rec for MiMi)
This piece explores, to me shifts between degrees of pleasant to slightly annoying sounds and how they move between each others in layers. Sand, water blast and rinse those brain cells!
Aesthetics of nothingness
Upfront, this piece highlights that the pieces all meander in micro tonal increments as textures. I do hear shifts between tonal areas, which filter the way the textures feel.Seems to ge back and forth, arpeggio-like...Melodies appear here and there through the mist of texture, like in a sound shower....Nice shifts in speed on this one too. “Nothingness” perhaps means that the sounds are sounds, sounds are there and then shift away, to nothingness....
Closure for solo synth
.........begins very smoothly, as a relief to the rougher textures before? I hear a type of melody peeking out from underneath the washes of textures. Smooth? always relative, in dry chords in a wet setting...messing with my expectations...
About the track icon.
..........created using textural lines, connecting as an owl...
...can you hear the textures in a wise way?»
-  Heard/seen/briefly reviewed by Wilhelm Matthies.

EMPATHY: A Compilation Lost in 2012

The tracks within this compilation were recorded during 2012 and never released except Apocrypha which was created during 2011. When I got the invitation from Andrew to release something on DODT netlabel I decided to make a compilation of works that were not released anywhere else (except Apocrypha but I don’t know its whereabouts) and that were part of sound experiences trying with several pedal chains, synth work, improvised guitar and bass playing, etc. Track 9 is a beautiful remix that Elizabeth Veldon made from a cover I did of ‘Le Temps de l’Amour’. I don’t post the original because I go dangerously out of tune but Veldon did a wonderful work with it. Hope you enjoy this.

Thanks to Andrew.
Listen/download using the embed player below. 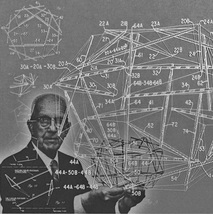 Me and elizabeth Veldon did a split mini-album available online on BCR, about cerebral music, or creation. I don't think cerebral music needs to be soulless. on the contrary. on this release we decided to make some 'cerebral' stuff using great scientist and artist voices in recorded lectures. it was a nice experience as I worked with recorded voice for the first time without using my own. 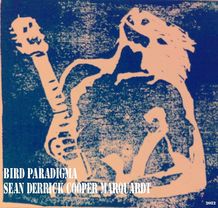 It was a pleasure to make a split with Sean and to release it on a great netlabel like Sirona Records. Thank you Arnaud Barbe. 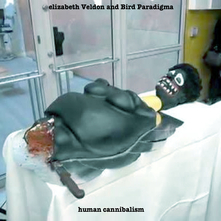 Exploring the political side of musical communication. 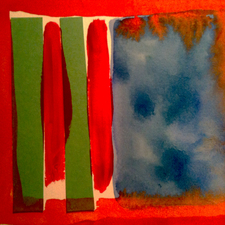 A net-release by Effluvia Recordings.
1. iky iky - What about future?
2. Bird Paradigma - Elements of informal thought


Review: Deep in the recesses of the underground is work so evocative that the review by the youthful noise enthusiast and ambient connoisseur could not hope to articulate it. Perhaps I can help bring light to where these sounds might be coming from and why they deserve your time and ears, but words cannot touch the language of true art with soul, just as a soul cannot be touched by the flesh and yet needs the body to be anything more than the change of vapid stone through unseen time. If you listen closely to this collaboration between iky iky and Bird Paradigma, then you will enjoy the luxury of listening to a language that you cannot speak, and yet you can understand. The speaker of the language can evoke emotions within your breast and communicate a message that all deep listeners can share in a vague sort of approximate way, but yet nobody who bears witness knows where the utterance roots from. You have never heard such phonation, and yet it moves you like a poem in your native mother tongue. I say this to extenuate my main point about this album, which I try to convey pettily with meager teenage english; this album is pure poetry, plain and simple. Abstract but with underlying form, as if listening to a language you do not understand. And yet, one does not need to understand the language proclaimed by an operatic maestro. The love and anxiety in such a song helplessly spews forth. the love and anxiety of one of my heroes iky iky (Laetitia Schteinberg) is an expertly crafted language that forces its way into our ears so ardently as to overwhelm us. An artist deeply tormented by the powers that be, her immense soundscapes will move you and put you on parallel with her most personal emotions, tortured and yet beautiful. We share in the sonic temple of her solace and contemplate life within her poetic sound stylings, so vocal and so mysterious like foreign tongue. And then there is Bird Paradigma, and the work of this aloof artist  is equally emotional and artistic. Using a palette of sounds that makes the language uttered here a difficult one for many to listen to, but the care put into every solid millisecond of this incredibly astounding piece of unique sound makes it an impenetrable listen that will grow more and more impossible to understand with each listen (I’ve already listened to it three times). So please, listen to this. 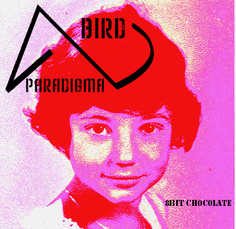 Released (online) October 2011
These tracks were recorded with some analogue instruments and software.
They were converted to 8bit 8.000Hz Mono with GoldWave.

This is a concept album inspired by a book written by Jacques Derrida, "Archive Fever - A Freudian Impression".
I could end up here, because I would have a lot to say about this. Concerning music, it was influenced by key concepts used along the book. This book is about a lot of things, but specially about memories, about the power of gathering information, about what it symbolizes and all those ideas crossed with Freudian psychoanalysis and Judaism.
It was, and it is, a very important book for my field of studies. And it was unavoidable to end upon my musical thinking.

This is what a release of Dystopia album would feel like, without the pleasure of owning a physical release. It's available for download (buying) or streaming on Bandcamp. For the physical release edition please see above.

Info:
This is the first album by Bird Paradigma solo project.
It reunites the first incursions into the noise and experimental electronics world, as much as improvisation.
Sometimes Bird Paradigma inspires itself on historical characters, poetry or just kunstwollen.
Thank you all for your support.
Credits: released 26 July 2011
All music made by Bird Paradigma
Recorded at The Very Personal Bird Pit
Artwork by Sara Santos (aka Bird. P) 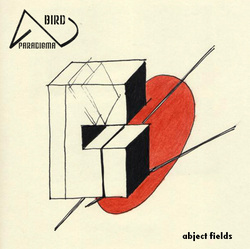 The first incursion on a friend's netlabel.
I thought about gathering two longs tracks into one album. The history behind the WingCsss track is told on "Projects in Motion" tab. Drib Noisense is an experimental act with analogue instruments.

In the near future I'll consider making a very limited physical release. I can make some on demand for trades/sell.

Cardboard, green adhesive tape, laser printed bw in coloured paper, painted and textured CDR. It's a bit sloppy on the cardboard cut but it wouldn't be very different otherwise.